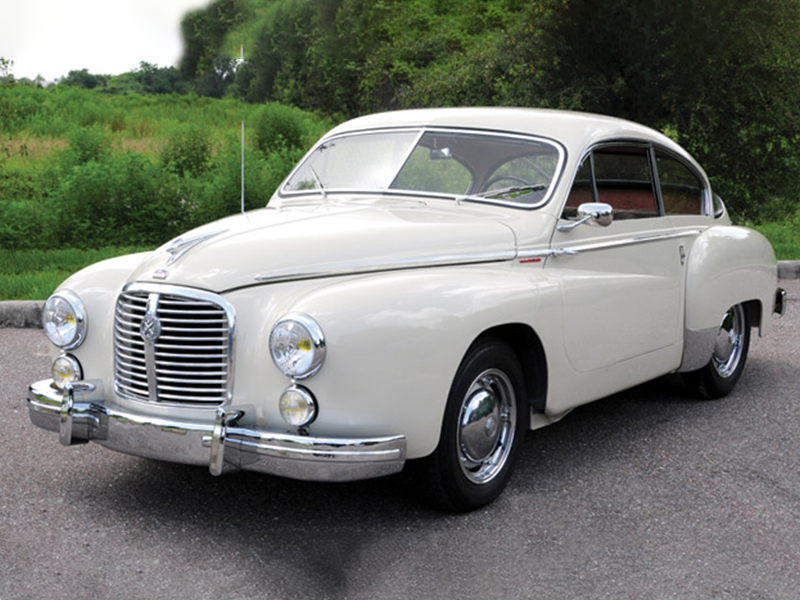 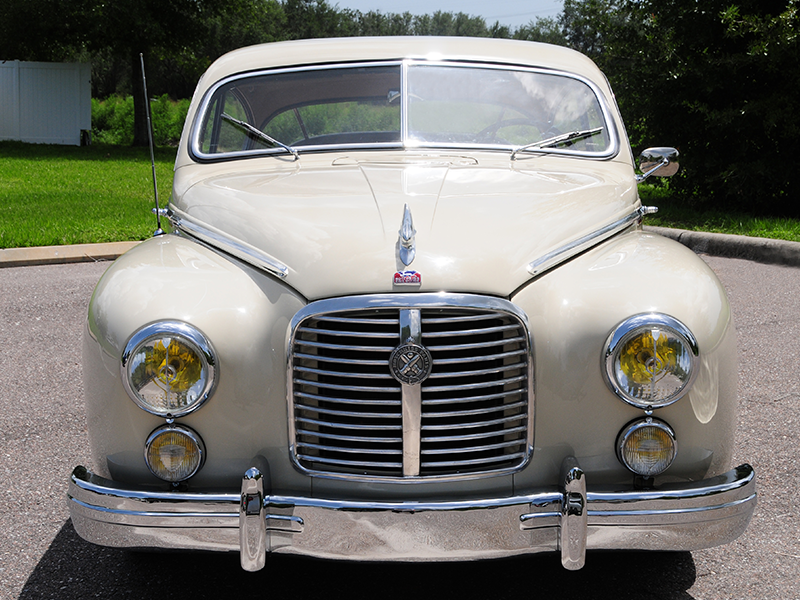 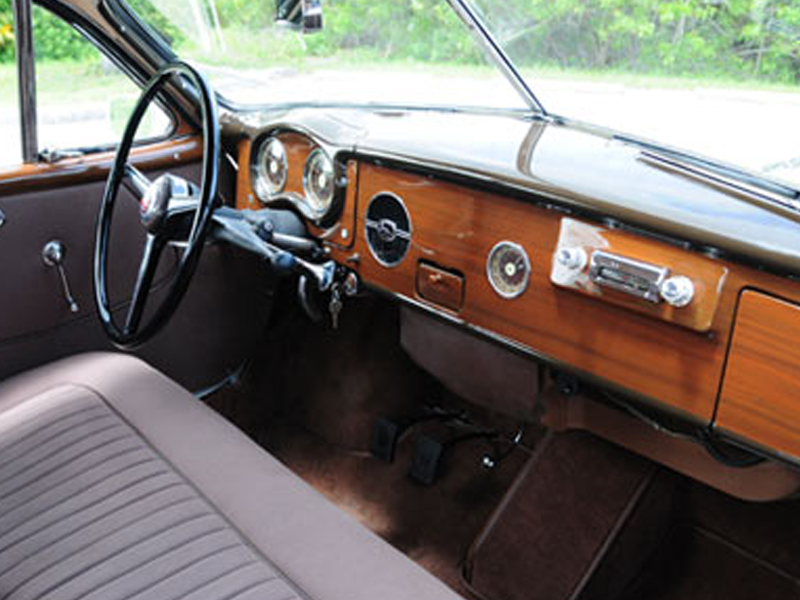 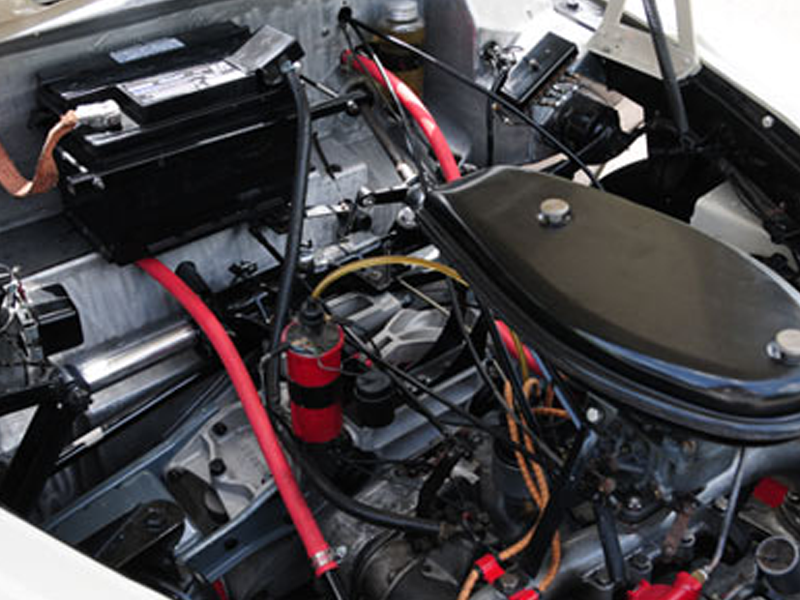 There were very few Hotchkiss Gregoires ever exported to the United States, and even fewer were coupes. This exact car was exhibited at the New York show in 1953 and was sold to Ed Cole, who was the Chief Engineer of Chevrolet at the time. Interestingly enough, the steering wheel features a logo of an orix, which is part of the impala family (whose image and name would later appear on a Chevrolet vehicle). This Hotchkiss coupe has been completely restored to original condition. A second Hotckiss Gregoire (a sedan) is also in our collection.

Of the very few Hotchkiss Gregoires were ever imported into the United States, our collection contains two of them.