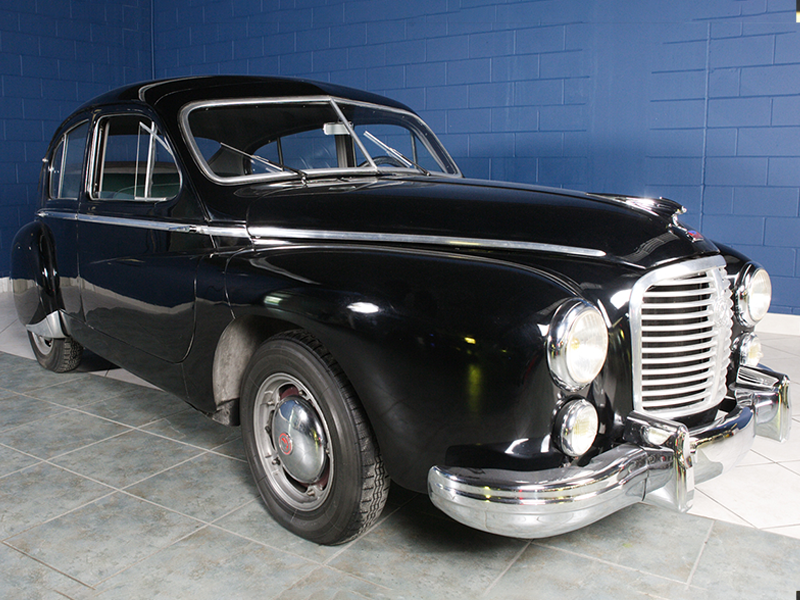 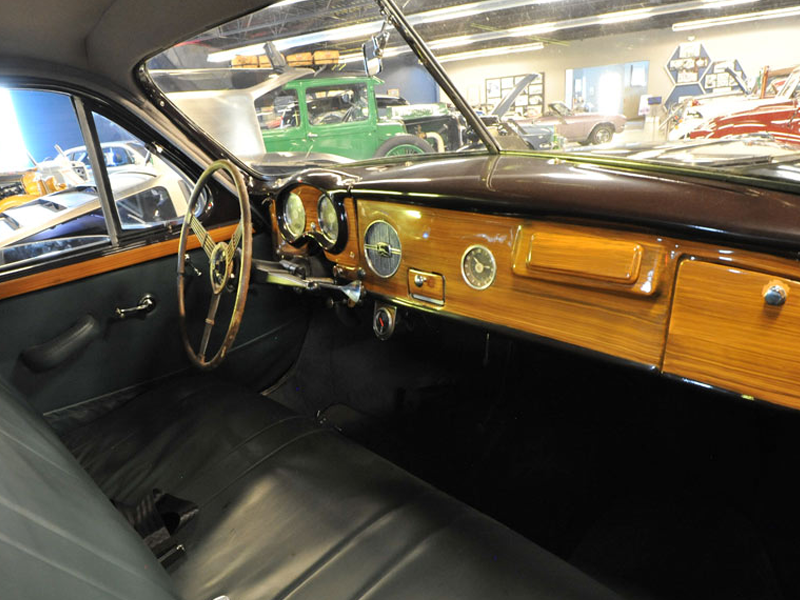 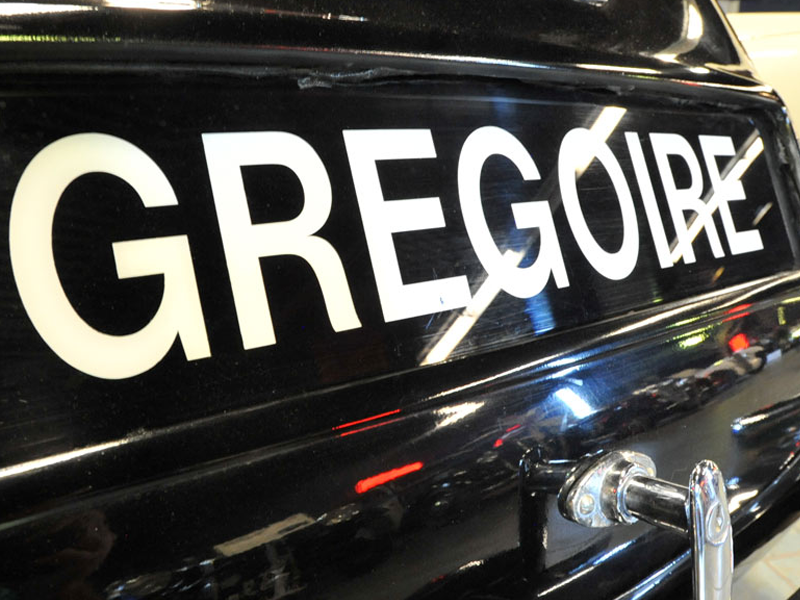 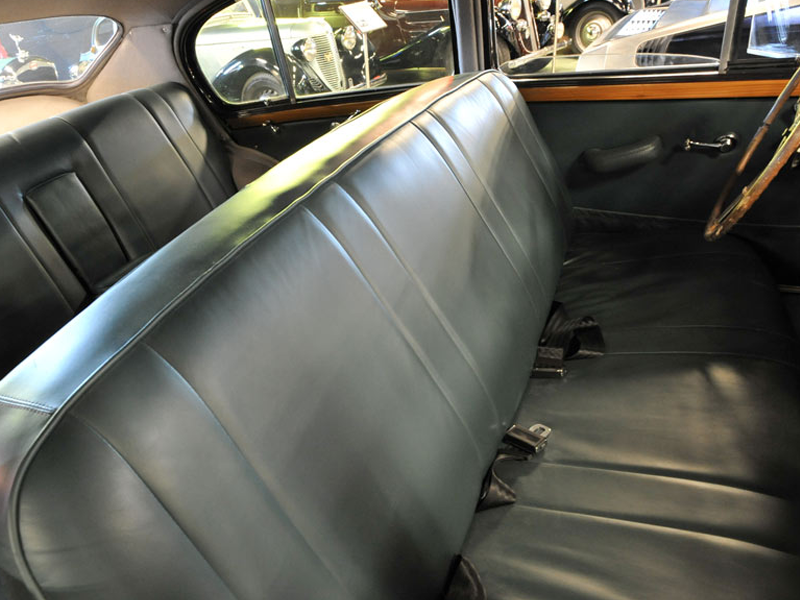 There were very few Hotchkiss Gregoires ever to be exported to the United States. This car was shipped from France to the Mack Corporation in New York in 1953. A second Hotckiss Gregoire, a coupe, is also in our collection

We found this car in Colorado; it had covered less than 7,000 miles, but was almost beyond repair. It had been parked under a tree for 40 years, and when the tree finally fell, it landed on top of the car. The windshield was broken and the roof was caved in, but the aluminum was in good enough condition to be straightened and welded.

The Hotchkiss Gregoire was an advanced car in the very early 1950s, and should not be driven by someone who likes the feeling of vintage machinery. Despite its age, it drives much like a modern car.

Learn more about the Hotchkiss Gregoire on Wikipedia