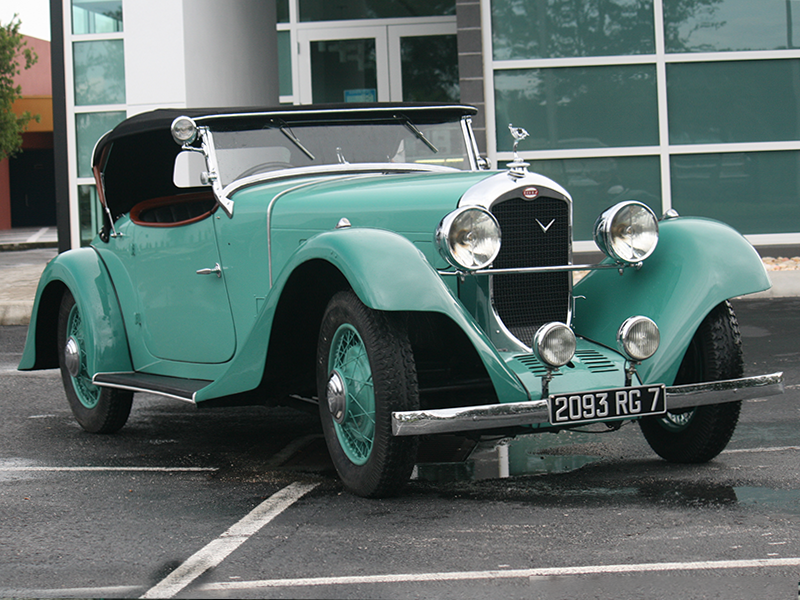 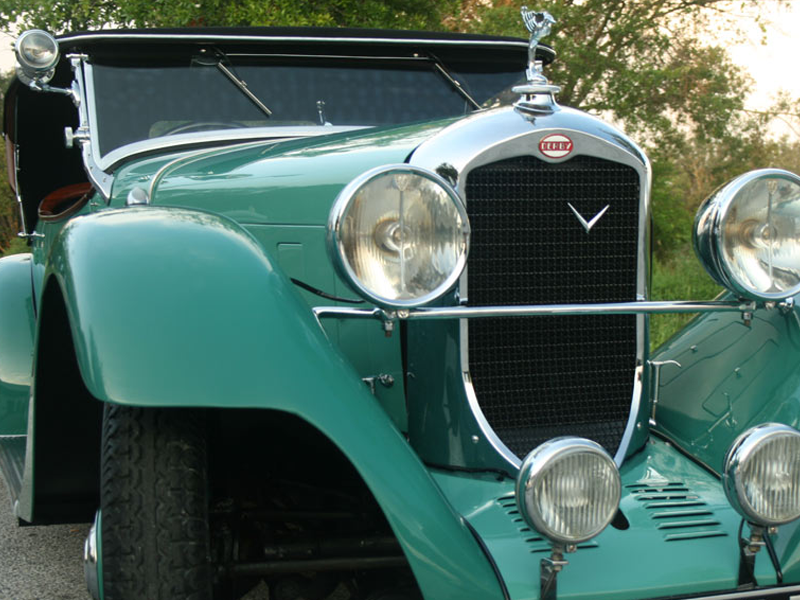 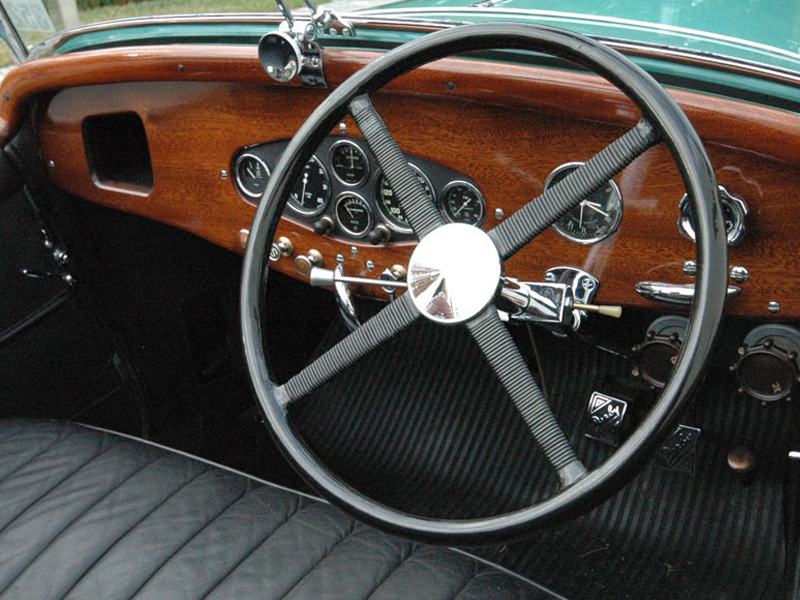 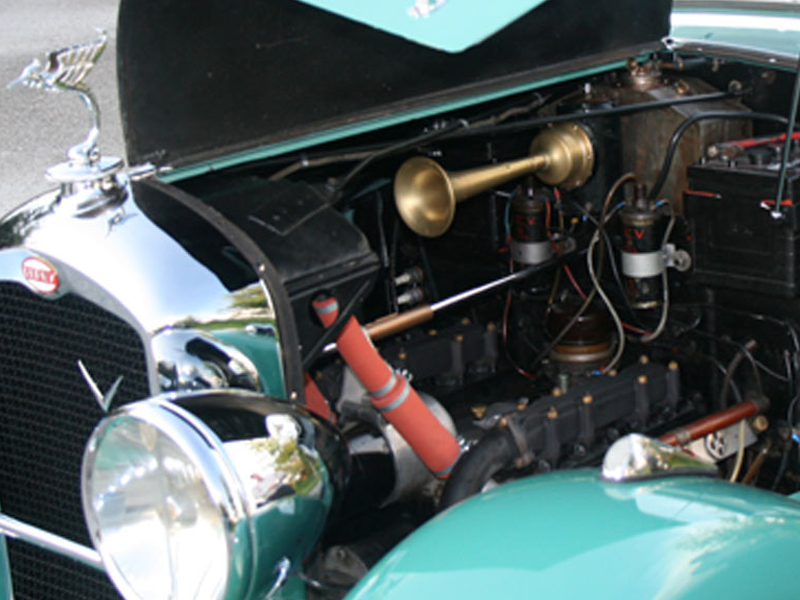 Derby was a French company that manufactured sports cars and race cars from 1920 through 1936. From 1920 to 1930, its cars were conventional with proprietary engines from Ruby, Scap and Chapius Dornier. Derby cars were very successful, with their racing cycle cars and voiturettes, amongst engines less than 2 litres. After Derby’s Engineer Monsieur Montet died, the company was bought by William Hawkes, an English racecar driver.

Production of the Derby was limited to 10, with different body styles. Our Derby, VIN 803, has a roadster body called “Montlhery”. This car was driven by Gwenda Stewart in the 1934 Monte Carlo Rally. This particular Derby was lost during the Second World War and was later saved by the museum of La Rochetaille.

This is the only surviving Derby V8.

In the 1950’s Lepicard and his friend Monsieur Veniard bought the car. Lepicard changed the engine block for one of the engines mounted on a LeMans car from 1934. Otherwise, the car is original including its body, made by Duval.

Learn more about the 1933 Derby V8 on Wikipedia