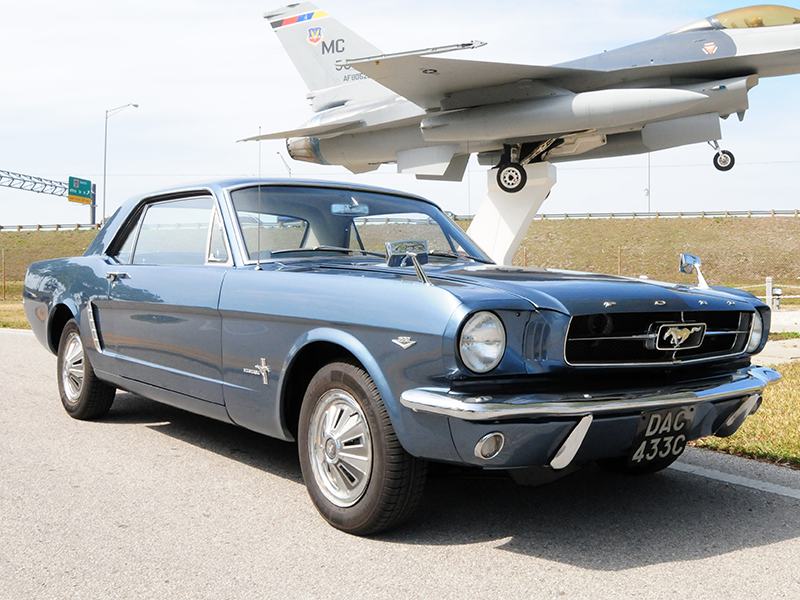 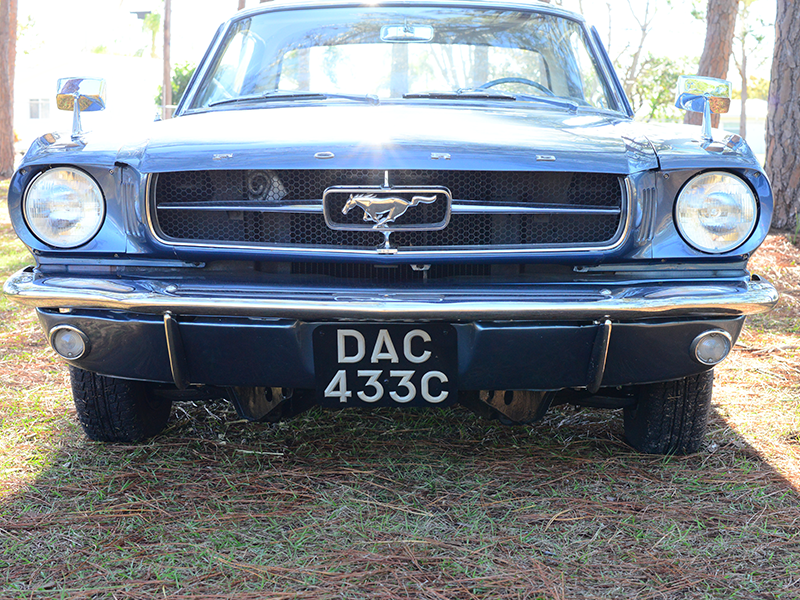 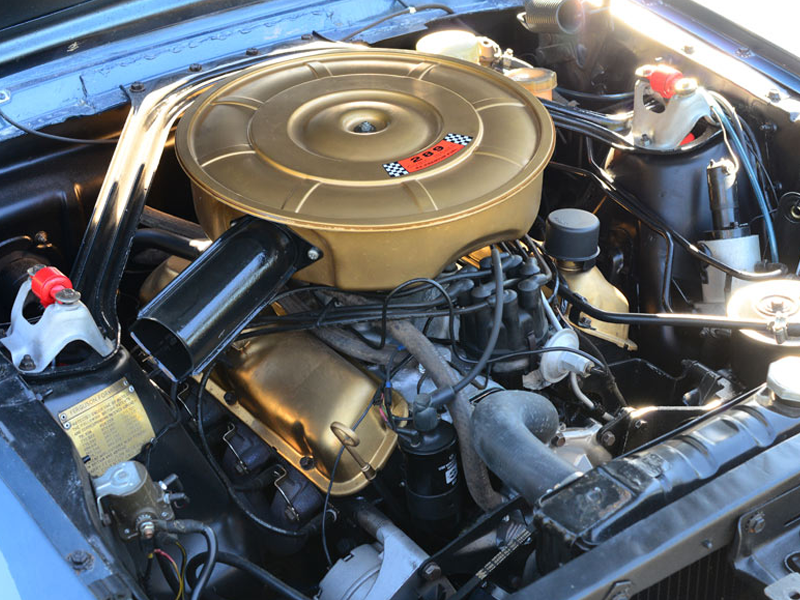 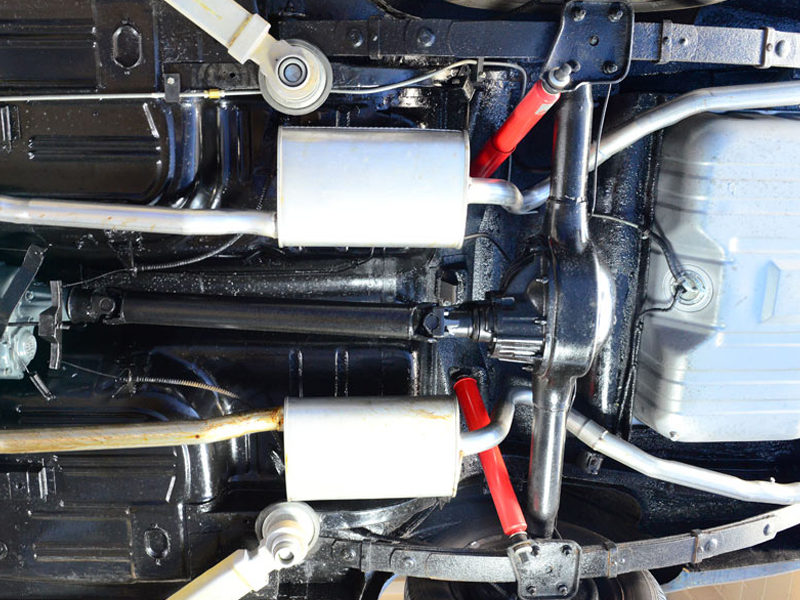 In the late 1950s, Harry Ferguson invented a transmission with four wheel drive for automobiles with a different torque on the front and rear wheels. This transmission was tested and evaluated on a prototype, and in 1960, a Formula One race car with this system was winning races with driver Sir Stirling Moss at the wheel.

Harry Ferguson passed away in 1959, but Harry Ferguson Research Ltd. continued on. Our 1964 Mustang was shipped from the USA to England, where it received the Ferguson Formula One All-Wheel Drive system. In fact, two Mustangs went to England, with the second one to be used as a base for comparison with the Ferguson Mustang. It was the first AWD conversion of a standard production car. Our car, with VIN number DAC 433C, was registered in January 1965 by Harry Ferguson Research Ltd. In addition to the transmission, the Mustang received anti-lock brakes, which would later be known as ABS. These brakes were an adaptation of the Dunlop Maxaret brakes that were originally designed and used on airplanes.

The Results of the Test

Both Mustangs were touring Europe and were shipped back to the USA in 1966 to be demonstrated to Ford, Chrysler, GM, and American Motors. After comparative tests of the two cars in braking, cornering, acceleration and hill climbing, these companies’ experts were fully convinced of the benefits of the Ferguson Formula. However, Ford never put the car into production; some say it was the added cost ($500) but the Mustangs were already selling very well and they did not want to take the risk of proposing another model. As a result, Mustangs would continue to slide in the rain and in the snow.

The two Mustangs were also lent to the British Ford Motor Company for comparative evaluation. The summary of their report was as follows: “The four wheel drive car was outstandingly more controllable than the conventional rear wheel drive on slippery surface, whether accelerating or braking, and would be far safer in an emergency than the conventional car, especially in the hands of the less skillful driver.”

DAC 433C retired in the Ferguson Museum on the Isle of Wight and it was offered up for sale.

In 1970, Jensen adopted the four wheel drive transmission on the Interceptor, and aside from a few experiments in England with the Ford Zephyr or the Ford Capri, nothing else came from the Ferguson transmission. The idea continued on and some great contemporary automobiles followed Harry Ferguson’s inventive mind.

(Excerpts of a memorandum of Harry Ferguson Research Ltd. were used in this description) 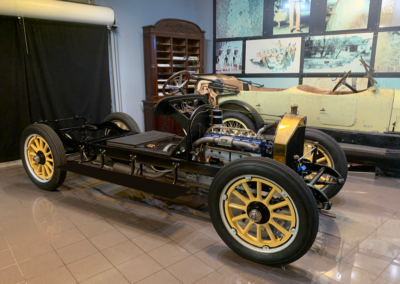 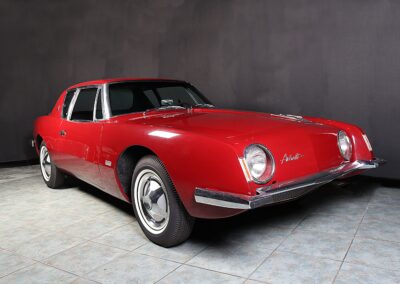