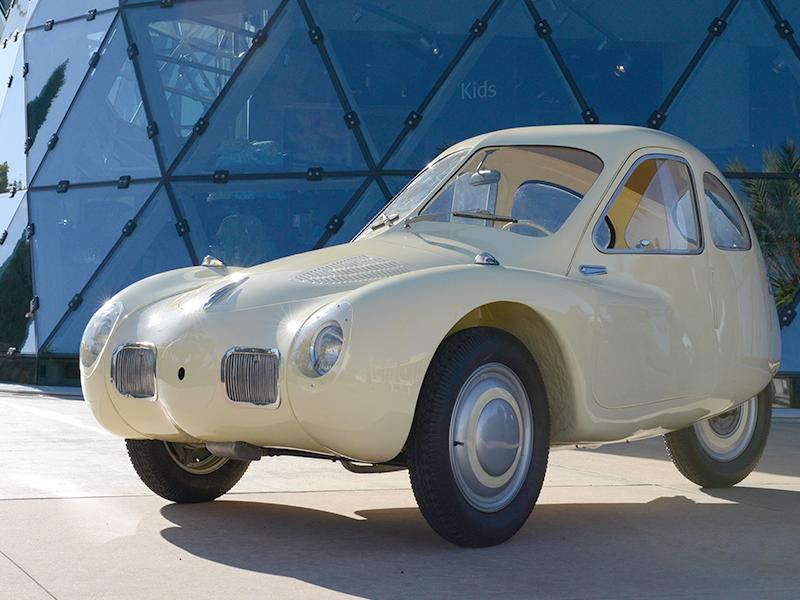 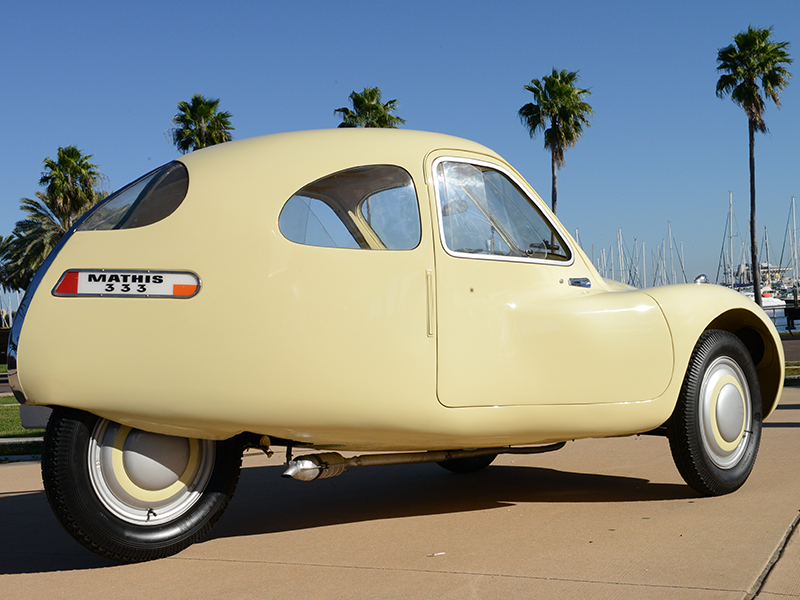 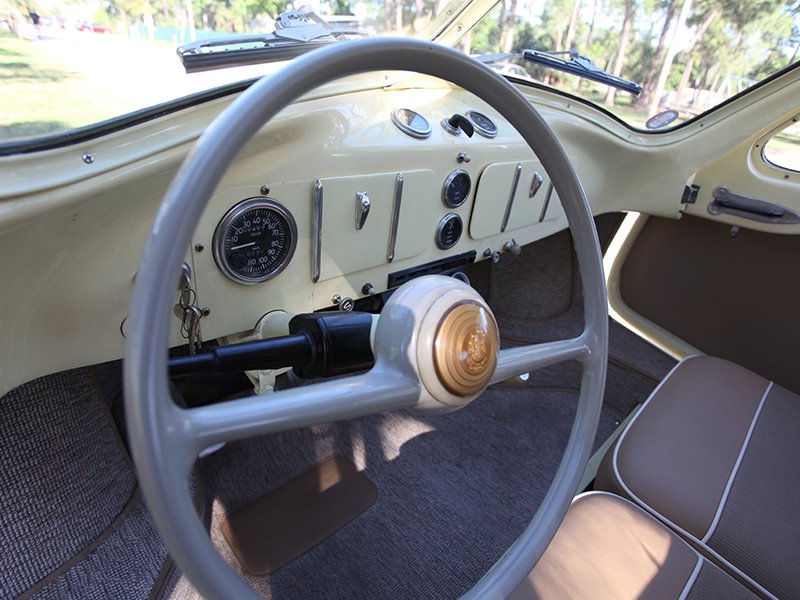 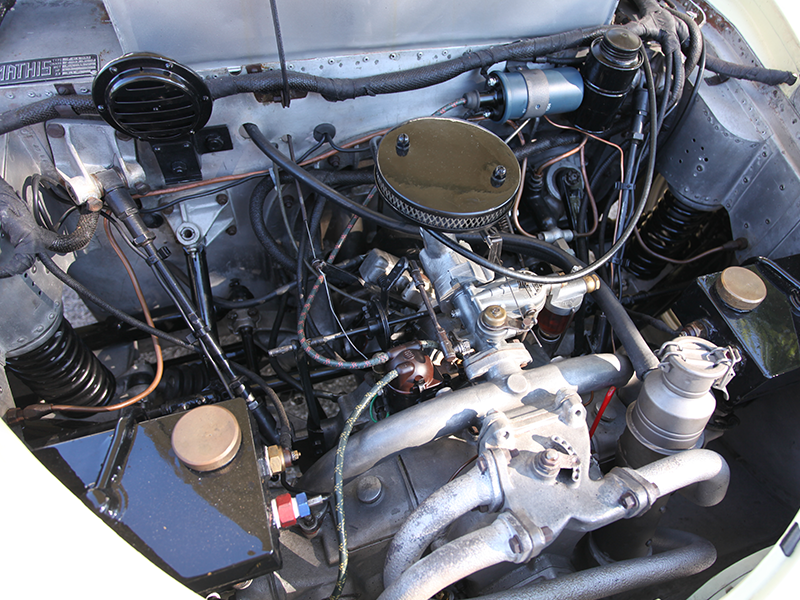 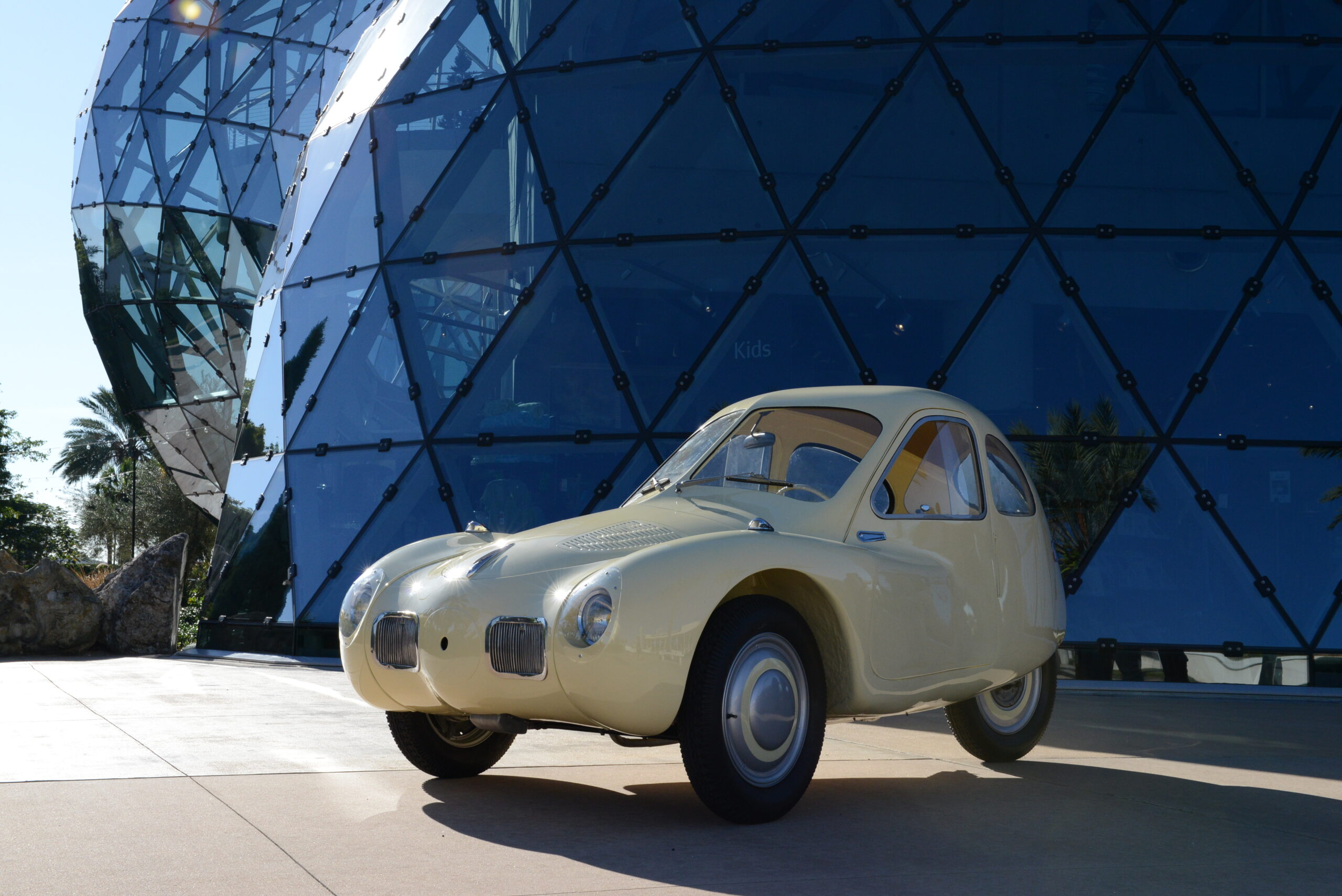 Before the War, Mathis was the number 4 car manufacturer in France, behind Renault, Citroën and Peugeot. In 1934, Emile Mathis made an agreement with Ford and his plant in Strasbourg was producing the MATFORD, a contraction for Mat(his) + Ford.

In 1940, Emile Mathis left France for the United States. He started a company, MATAM, to manufacture munitions for the Navy. By the end of the War he had 200 employees and delivered more than 260 million artillery shells to the Navy. He later received the “E” award from the Navy with 5 stars.

The VL 333 is built from 20 gauge aluminum sheet metal. The body is welded together. There is no chassis, it is a bubble. The engine is a 700 CC water-cooled flat twin with front wheel drive and a fully independent suspension. Only 9 prototypes were made during the war from 1942 to 1945; they were hidden from the Germans, as any work on automobiles for the civilian sector was forbidden.

The car in front of you was presented at the Paris Automobile Show in 1946. However, after the war, France was in turmoil. Raw materials and energy were in short supply. With a Communist minister in charge of production, politics ran amuck. The French Government through planification and heavy bureaucracy blocked Mathis from obtaining supplies to manufacture the car. The VL 333 was doomed and this is the only survivor.